For pricing, collaborations, features etc or general enquiries, please get in touch.

(Excerpt taken from Wikipedia) Swatch is a Swiss watchmaker founded in 1983 by Nicolas Hayek and a subsidiary of The Swatch Group. The Swatch product line was developed as a response to the "quartz crisis" of the 1970s and 1980s, in which Asian-made digital watches were competing against traditional European-made mechanical watches.

To produce twelve digital animations in collaboration with photographer Eva Al Desundo around the launch of the Swatch x Bape collaboration, which had a different edition watch which was then released in different cities.

I had been in charge of producing the all of the digital animations for the collaboration, taking the photos Eva had shot, cutting the images and using the provided product shots to then create a series of twelve digital animations.

The client was very pleased with the creativity shown within these animations and how they all came together. The feedback was mainly preference such as changing of certain fonts and poses etc. The visual assets were promoted across all of Kitsunè’s social media channels, crediting me in each post. 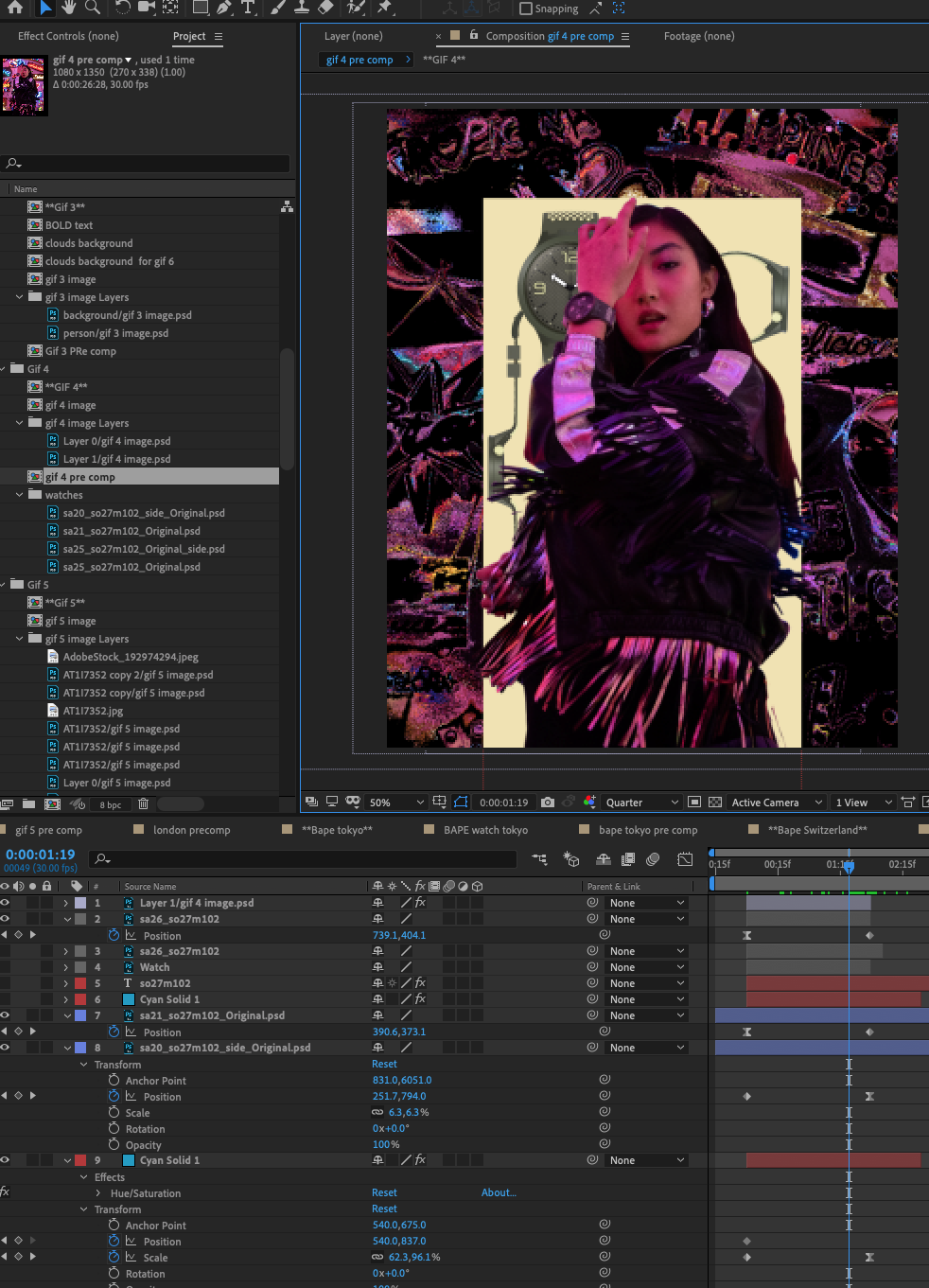 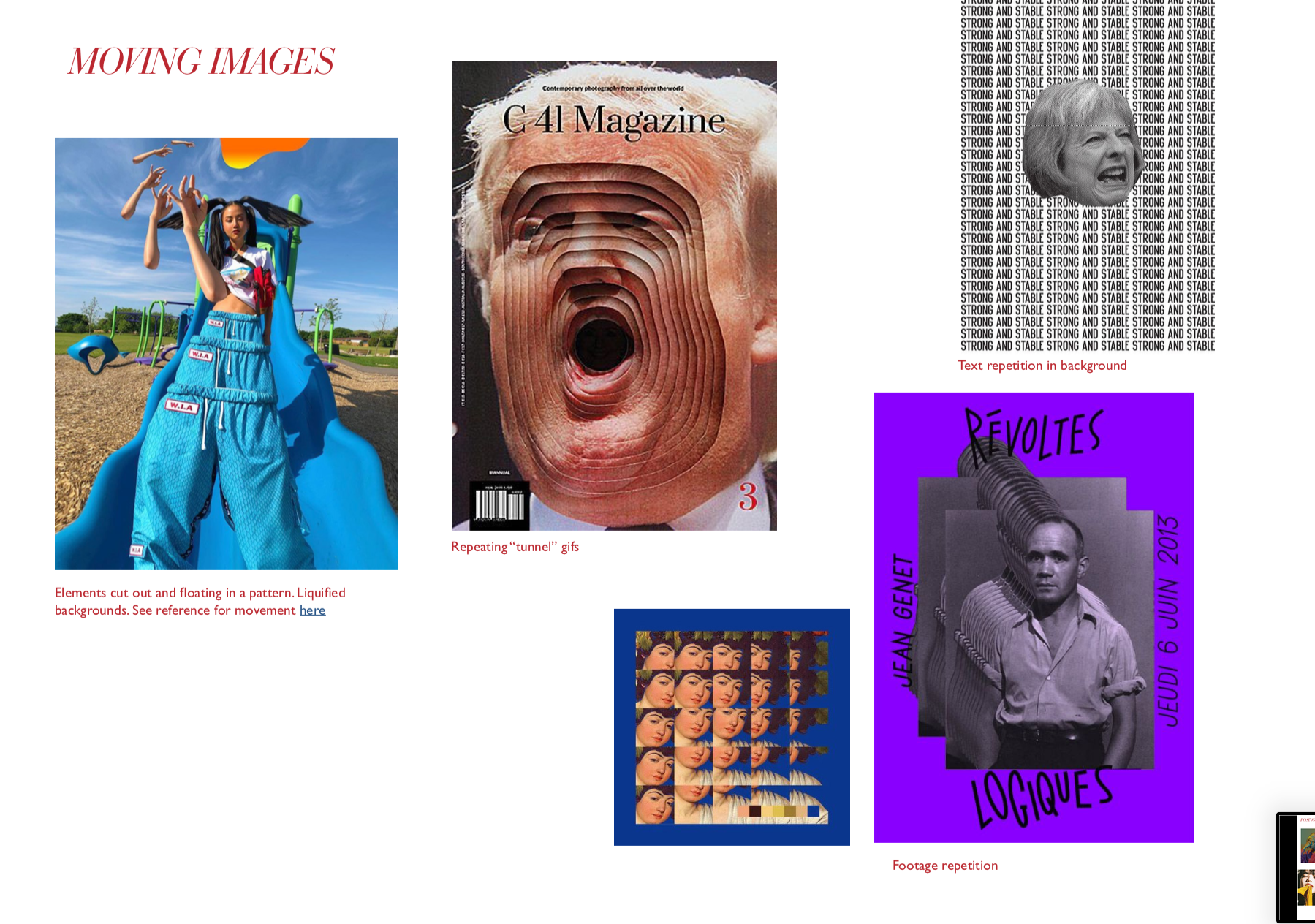 Swatch and Bape had a huge global launch/ activation for the collaborative watches for each city. These animations were used as promotion across social media, for around two weeks prior to the launch. 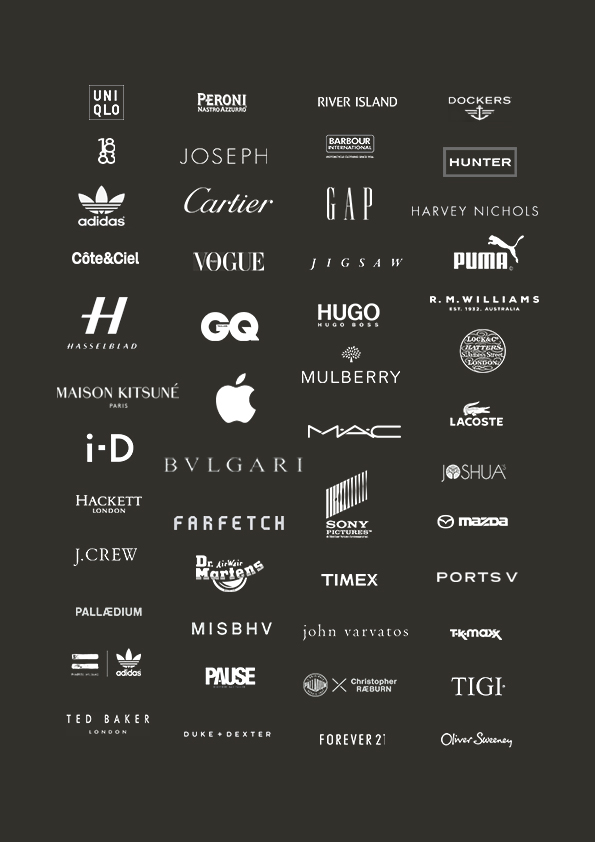